State Parks in and Around The White Mountains 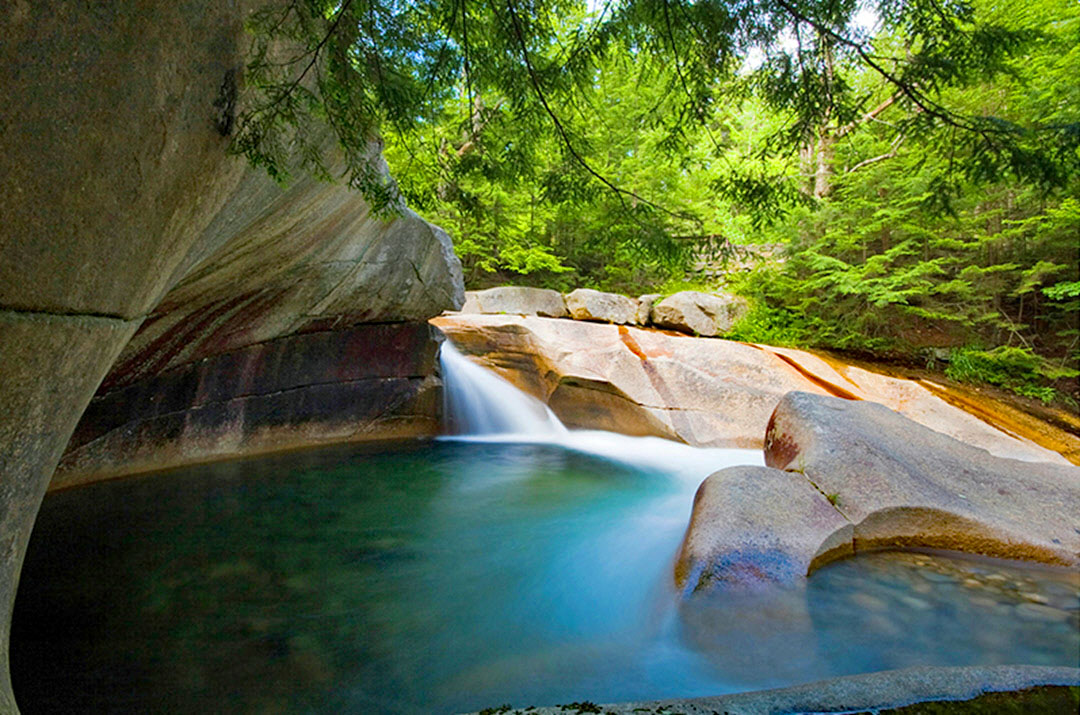 Crawford Notch State Park is located on U.S. Highway 302, in northern New Hampshire, between Bretton Woods and Bartlett. The 5,775-acre park occupies the center of Crawford Notch, a major pass through the White Mountains. The park includes the Willey House historical site and the Dry River Campground with 36 sites.

The main operating season for the campground is Memorial Day to Columbus Day. Outside of the main camping season, (early spring and late fall) camping is first come, first serve and weather permitting. Staffing, services, and facilities may be limited during this time.

Franconia Notch State Park is located in the heart of the White Mountain National Forest. Franconia Notch is a spectacular mountain pass traversed by a unique parkway which extends from the Flume Gorge at the south to Echo Lake at the north. For eight miles, I-93 winds between the high peaks of the Kinsman and Franconia mountain ranges.

Franconia Notch was the home of the famous Old Man of the Mountain, the same “Great Stone Face” immortalized by Nathaniel Hawthorne and Daniel Webster. While you are here, stop at the Flume Gorge Visitor Center and walk through the renowned Flume Gorge, ride the exciting aerial tramway at Cannon Mountain, and visit the New England Ski Museum.

Beautiful Echo Lake, at an elevation of 1,931 feet, offers views of Mt. Lafayette and Cannon Mountain. Visitors can also enjoy swimming, fishing, boating and canoe and paddle boat rentals. Last rental boats go out an hour before closure. The waters of Echo Lake flow westerly toward the Connecticut River. 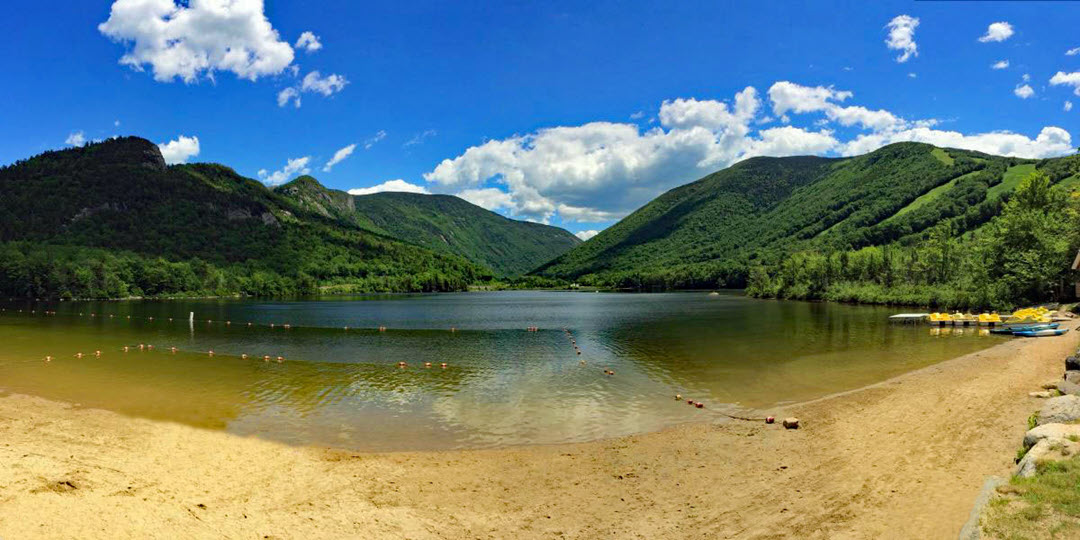 The seven-site RV park, located on the north shore of scenic Echo Lake in Franconia Notch State Park, is open year-round. Three-way hook-ups are provided during the regular camping season beginning on May 24. However, there is no water or sewer, including dump station, available from mid-October through May 1. RVs must be self-contained. Each site has a picnic table and a fire ring. Bathrooms are available seasonally at the beach but are locked at night. In addition, many campers enjoy the convenience of winter RV camping at the base of the popular Cannon Mountain Ski Area.

Mount Washington State Park is a 60.3-acre parcel perched on the summit of Mount Washington, the highest peak in the northeastern United States. Summer seasonal amenities include a cafeteria, restrooms, gift shops, the Mount Washington Observatory and its museum. 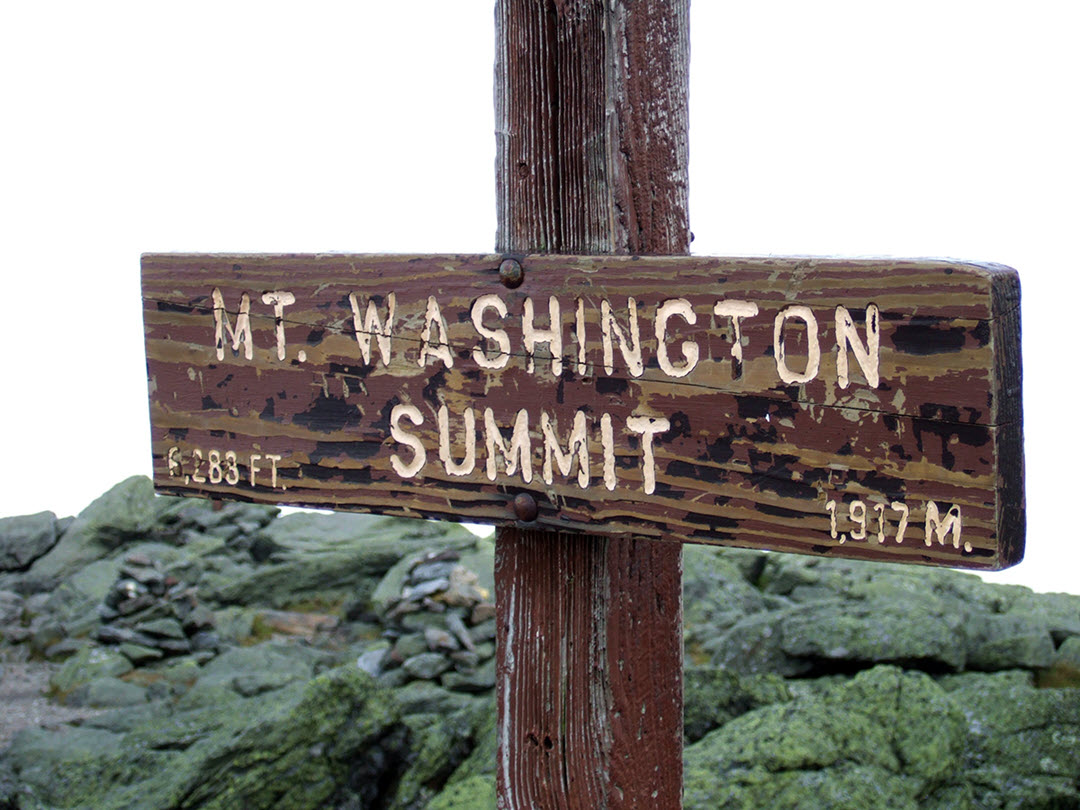 The park was created in 2005 with the acquisition by the New Hampshire Division of Forests and Lands of two abutting properties: a 230-acre (0.93 km2) city park centered on Jericho Lake, and a 7,200-acre (29 km2) piece of private property to the south. The city park was established in the 1970s with the construction of Jericho Lake, a flood control reservoir built to regulate the flow of the Dead River through the city center of Berlin, located downstream.

The city added a small recreational park adjacent to the lake which included a beach, bathhouses, picnic sites with grills, and a shelter that is still used for functions to this day.

A large private parcel was acquired by the state park system to provide a location for the first network of all-terrain vehicle (ATV) trails on state land in New Hampshire. 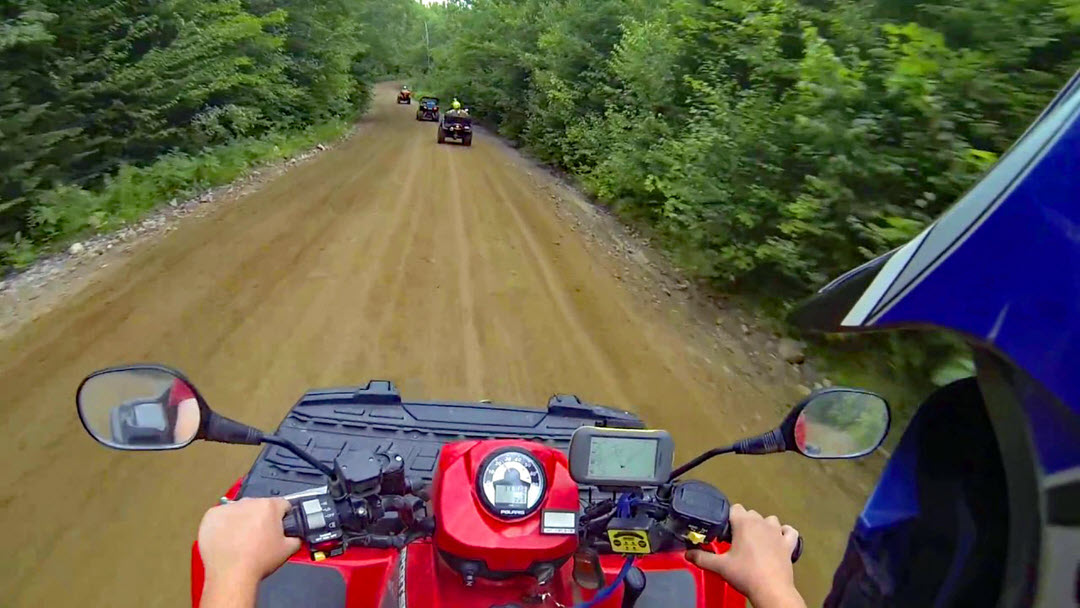 Moose Brook State Park is a New Hampshire state park in Coos County, New Hampshire in the United States. The park occupies 755 acres and sits at an elevation of 1,070 feet. The park, which was built by the Civilian Conservation Corps during the Great Depression, was opened to the public in 1936.

The park was constructed during the Great Depression by workers from the Civilian Conservation Corps. The Civilian Conservation Corps (CCC) was a work relief program for young men from unemployed families, established in 1933. As part of President Franklin D. Roosevelt’s New Deal legislation, it was designed to combat unemployment during the Great Depression.

The Flume Gorge is a natural gorge extending 800 ft horizontally at the base of Mount Liberty in Franconia Notch State Park, New Hampshire, United States. Cut by Flume Brook, the gorge features walls of Conway granite that rise to a height of 70 to 90 ft and are 12 to 20 ft apart.

The Flume was discovered in 1808 by 93-year-old “Aunt” Jess Guernsey when she accidentally came upon it while fishing. She had trouble convincing her family of the marvelous discovery, but eventually persuaded others to come and see for themselves. At that time, a huge, egg-shaped boulder hung suspended between the walls. The rock was 10 ft (3.0 m) high and 12 ft (3.7 m) long. A heavy rainstorm in June 1883 started a landslide that swept the boulder from its place. The boulder has never been found. The same storm deepened the gorge and formed Avalanche Falls.

Forest Lake State Park is a 397-acre state park in Dalton, New Hampshire. The park is free to use, open year-round, and offers a 200-foot sandy beach on the shore of Forest Lake. Activities in the park include swimming, picnicking, mountain biking, fishing, and boating.

Milan Hill State Park is a 102 acres state park in New Hampshire located in the town of Milan. The park features a 1932 fire tower and camping. It is located on New Hampshire Route 110B. The original name of Milan Hill was Barrows mountain. First settled around 1822 by John Ellingwood and his wife was Rachel Barrows. Their son Isaac was born on Milan Hill. 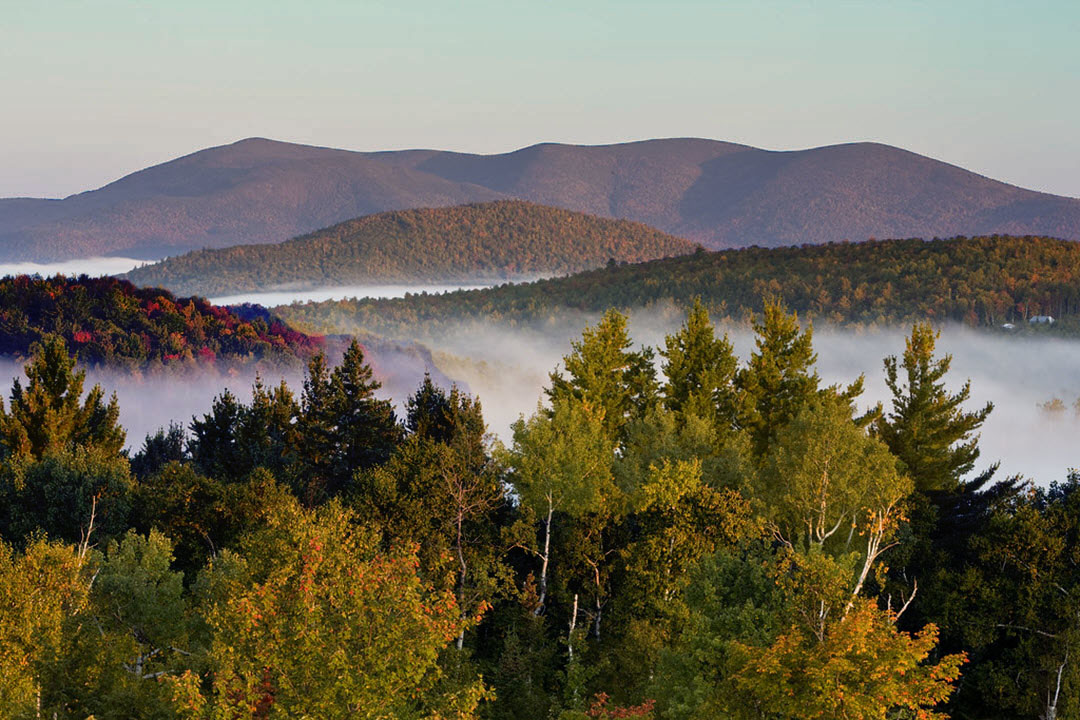 The trail to the Milan Hill Firetower is a 1.1-mile loop trail located near Milan, New Hampshire that offers scenic views and is good for all skill levels. The trail is primarily used for hiking and nature trips.

The Weeks Estate is a historic country estate on U.S. Route 3 in Lancaster, New Hampshire. Built in 1912 for John Wingate Weeks, atop Prospect Mountain overlooking the Connecticut River, it is one of the state’s best-preserved early 20th-century country estates. It features hiking trails, expansive views of the countryside from the stone observation tower, and a small museum in the main estate house.